Not only in Germany consumers are struggling with high electricity prices. Energy costs have risen markedly and households all over Europe are feeling the squeeze.

German electricity prices are very high compared to the European average. While 29.8 Cents per Kilowatt-hour seems a lot, it is not enough to head the list. Regarding electricity bills, Denmark is the most expensive country in Europe (30.4 cents/kWh). Eurostat

People in Greece had to pay through the nose for electricity in proportion to their income. Prices have been going up more than 13% during the last year. The UK reported at 10.2% the second highest increase in the EU. 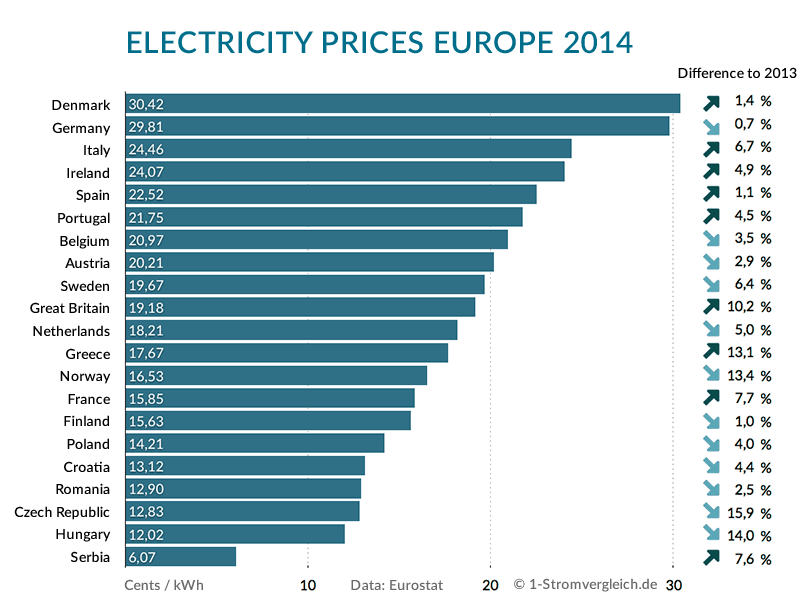 The figures for the proportion of people who are struggling to pay the energy bills are alarming and energy poverty is a major problem throughout Europe.

More than a third of the Greek population (35%) say they struggle to keep up with their payments. According to Eurostat many Bulgarians (34%), Croatians (30%) and Romanians (29%) are also in arrears on their utility bills .

At the far end of the chart, less than 3% of Dutch people are affected by energy poverty. In Germany almost 4% of the population are behind in their bill payments. UK reported about 9% of people in financial difficulties with their energy costs. The average across the EU is about 10%.

Ongoing rises in energy prices will ensure that even more households across Europe will not be able to keep up with their bill payments. 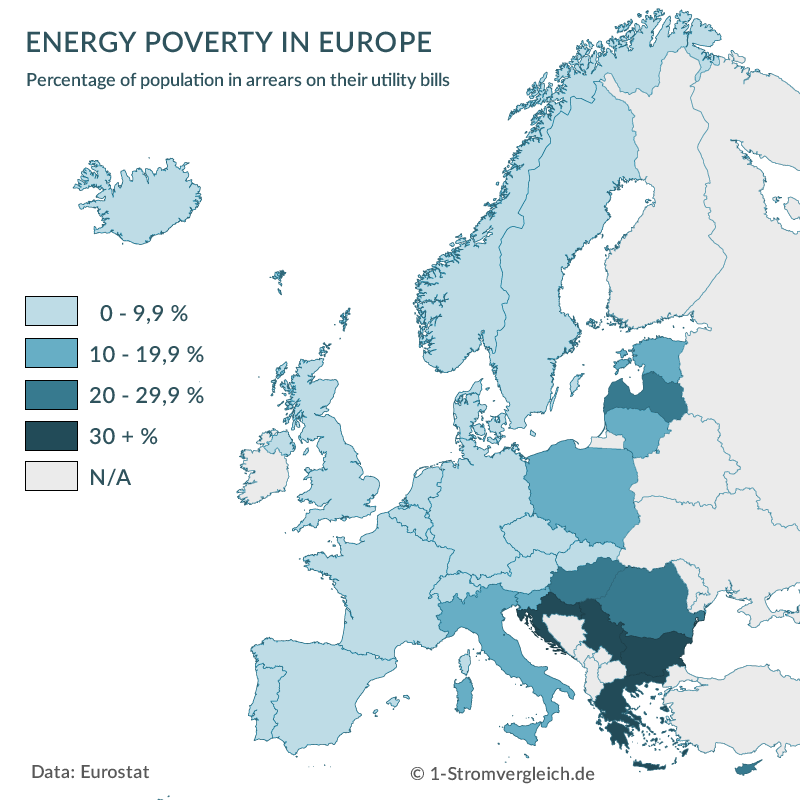